HOW YOU GOT HERE : Home -> Vintage Watch Repair and Restoration Services Professional Watchmaking

Vintage and Antique Watch Repair and Restoration Services in NY

Specializing in Servicing of Old and Vintage Classic Timepiece Near Me in NYC.

Ready to get started?

Simply choose which way you want us to help you with your watch!

What they are saying about our services

Our most recent reviews from around the web. Read More Reviews

“I was very pleased with the professional and thorough service on my Bulova Accutron at Manhattan Time Service. Their customer service was excellent! I am also very pleased to have found a new and very professional watch repair service that I can trust since it is almost impossible to find such good service now. Jacob, I thank you and the watchmaker very much!”
Aurelius W.
NYC
“Vintage Omega Dynamic Repair Expert assessment and service on my vintage Omega Dynamic Watch. The price was very reasonable and the watch looks like new. I also picked up a couple of watch bands and am very pleased with the quality and the price of the bands they offer. I'd definitely consider them for major service when I need it... Thank you!”
Amedeo B. Atlanta
GA
“Not many professionals wanted to touch my almost 110 year old Vacheron so I was very grateful to find MTS. The repairs took a long time but they literally had to create by hand three replacement parts so... it was pretty complicated. Communication was great and prices were OK.”
Patrick M.
California

A vintage watch can be a person’s most valued possession, sometimes being passed down multiple generations of a family and preserving a piece of the past well into the future. However, depending on the age of your vintage watch, it can be difficult to get the repair services that your timepiece needs to maintain its functionality and retain its original appearance.

Depending on the age of your vintage watch, there is one huge obstacle in getting the dedicated repair services that you watch deserves: Genuine parts. Unfortunately, watch manufacturers can go out of business, making it hard for their owners to find the parts that they need when their watch stops functioning.

Types of service we perform:

Our Expertise at fixing Vintage watches

Although we are not from the past, we’re quite modern. We offer expert watch repair on all sorts of time-pieces and have over 39 years of experience. We specialize in the repair of vintage, antique and pocket watches. Fortunately, if you’re looking for a trusted watch repair service for your vintage watch or a pocket watch, the convenient solution is to request a quote from our master watchmaker by filing out the short form above clicking on the GET A FREE QUOTE button or by bringing your timepiece to our service center in Mid-town Manhattan in NYC. If you live in New York or you’re just visiting, you can find us at 2 West 46th Street, in the center of Manhattan in NYC. Call Us: (212) 840-0441

Vintage and Pocket Watches from New York – Watch Wiki
When you look at the watch on your wrist to check the time, you probably don’t think much about it. But about a hundred to a hundred and fifty years ago, watches were more likely to be on your vest or pocket, attached to a chain, than on your wrist.

Ingersoll Watch Company
Vintage pocket watches from New York are still around today. They’re on eBay and sometimes they are seen in estate sales. There were a number of watch companies operating in the time period roughly covering 1860-1930 or so. One New York watch company was known as the Ingersoll Watch Company, which opened its doors in 1892. They were located in New York City, although they did have factories in New Jersey, in both Waterbury and Trenton.

The two Ingersoll brothers, Robert and Charles, ran a mail-order business and decided that the world needed a good, inexpensive watch. In those days, that would be about a dollar. So they set out to promote a watch which came to be known as “the watch that made the dollar famous.” Their idea was a resounding success, with their first 10,000 watches selling quickly at one dollar each. They became a major manufacturer of wrist watches and pocket watches from New York. Their profit margin was a whopping 15 cents per watch, but in those days, that was still an excellent amount.

When they took their watch to the Colombian Expedition in 1892, they sold the watches for $1.50 each, making nearly double profit on each watch, which they purchased for 85 cents each. The following year, the brothers went to the Chicago World’s Fair and made another bundle on their product. This time, they had the World’s Fair emblem stamped on the watch case for even greater appeal.

After the end of WWI, the ensuing economic depression forced the brothers to sell their company. In 1922, the Waterbury Watch company bought Ingersoll for 1.5 million. Twenty years later, US Time Corp bought out Waterbury. They continue to use the Ingersoll name.

New York Standard Watch Company
Another vintage watch company operating around the same time was known as the New York Standard Watch Company. Opening their doors in 1885, they were based in Jersey City, New Jersey. As a vintage watch company, their products today are considered to be of rather inferior quality and not worth much, often not even worth the cost of repair. The company produced mainly lower-quality pieces, although they were prolific and produced over 8 million watches.

They sold pocket watches under the names of Crown and New Era. They also made watches for Sears Roebuck, sold under the Edgemere name.

The New York Standard Watch Company closed its doors in 1929.

Latest From Our Blog 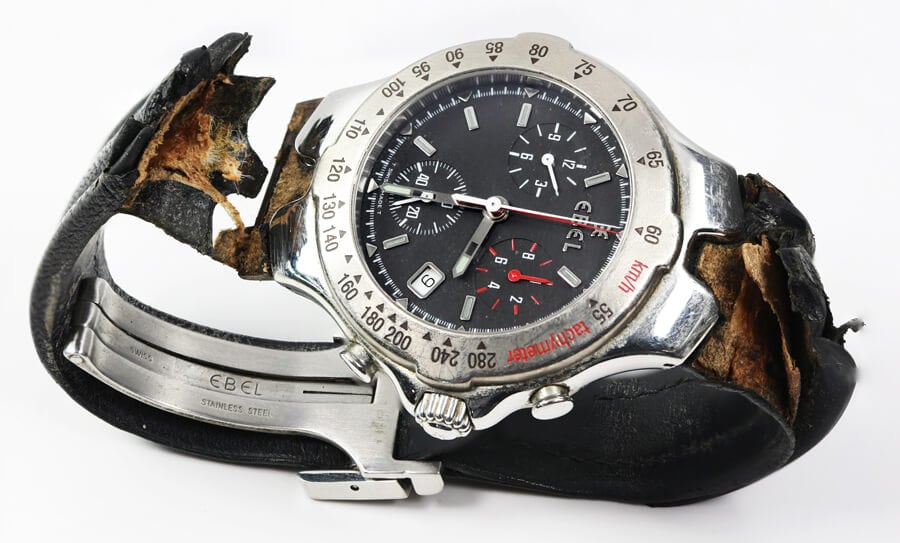 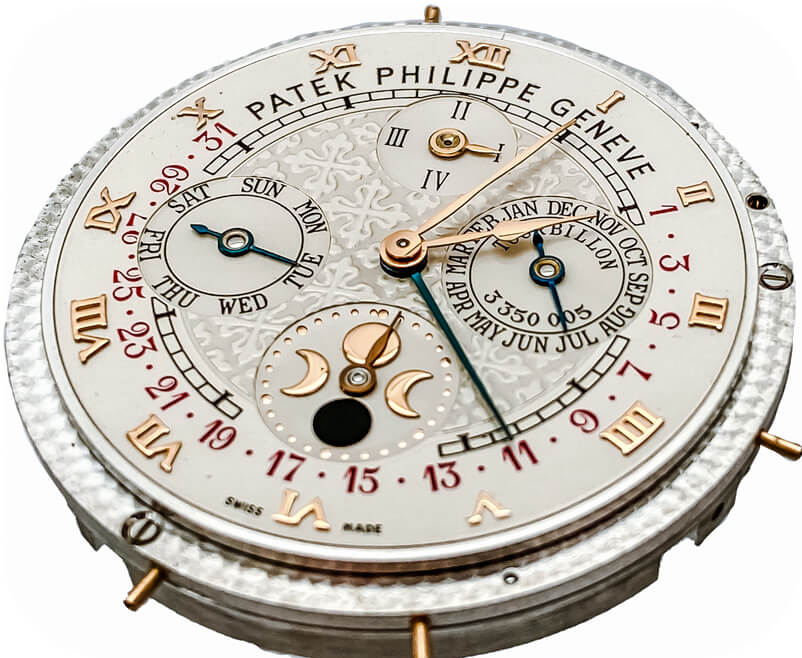 Overhaul of the Patek Philippe 5002r Sky-moon Tourbillon We have always been fascinated by the intricacies of timepieces. How they keep perfect time and the …

Photo by Tomasz Lodowski In the modern era of independent watchmaking, the names Greubel and Forsey certainly come to mind as some of the living …

We can receive watches with extensive damage that are in need of a complete restoration, an example being this TAG Heuer Monaco, pictured before (above) …