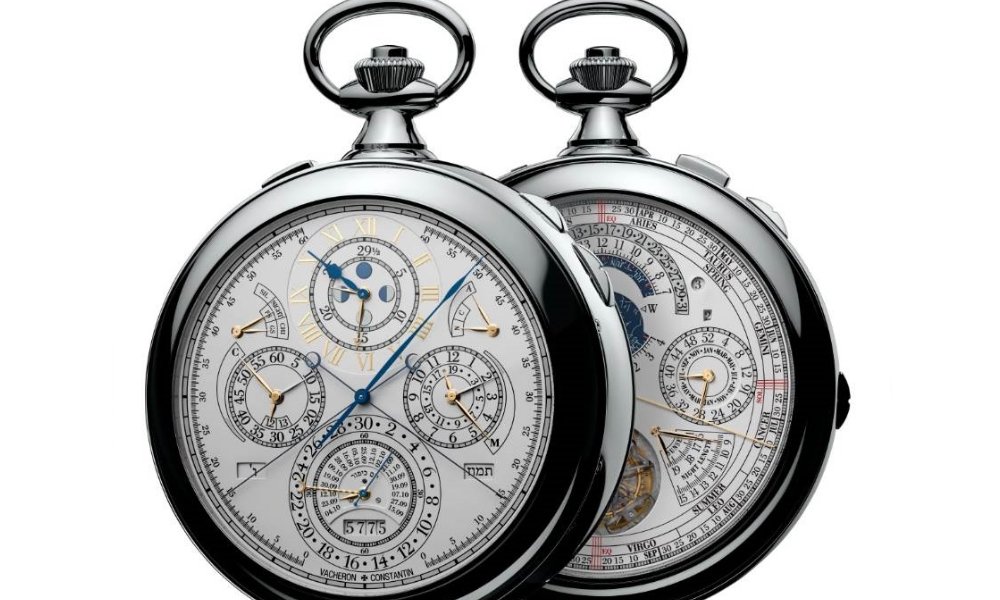 To celebrate its 260th anniversary this month, Vacheron Constantin has unveiled the most complicated pocket watch ever created, which it has developed over eight years using a team of three Master Watchmakers.

This extraordinary double-dial horological masterpiece (ref: 57260) is an entirely original creation, with a total of 57 complications of which several are new to the world of watchmaking.

The new complications include multiple calendars and a double retrograde rattrapante chronograph, which hadn’t previously existed so had to be calculated, designed and developed from scratch. This has led to the creation of a new and highly complex calibre movement. 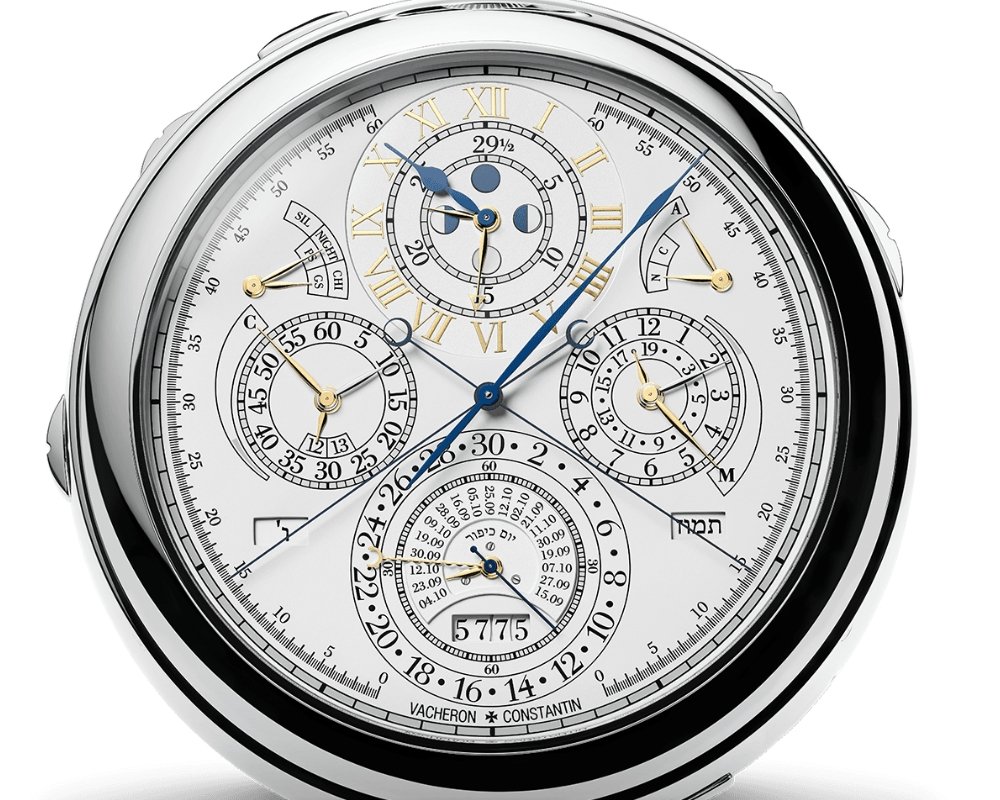 The Hebraic Perpetual Calendar is a new complication which serves as a fine example of contemporary watchmaking genius. Mathematical calculations, combining both the lunar months and solar year, have been transcribed into one operational mechanism that is elegant, logical and easy-to-read. Due to the long-term changing cycles of the Hebraic calendar and its difference to the Georgian calendar, the making of a complete functioning mechanical Hebraic perpetual calendar in a watch has been impossible until now.

Another watchmaking first is the 12-hour second time zone dial with separate day and night indicator window, which is located in the 10 o’clock position. The second time zone is used in conjunction with the digitally displayed world-time function, which gives a choice of 24 cities and countries and their respective time deviations from GMT. This new world-time mechanism and display is the first new system to be developed since Louis Cottier’s well-known world-time system with 24-hour indication in around 1935.

Tomasz Lodowski Practiced horology since the age of 15, successfully took apart, cleaned, and assembled a Rolex Submariner Cal. 3135 at the age of 19, further improved his watchmaking skills with NAWCC School of Horology. “It has been 15 years since I took apart my first watch, my goal is to repair every timepiece ever produced”.

On the wrist
News & Reviews
How To's
Videos

Let us help you find your perfect watch
Click Here